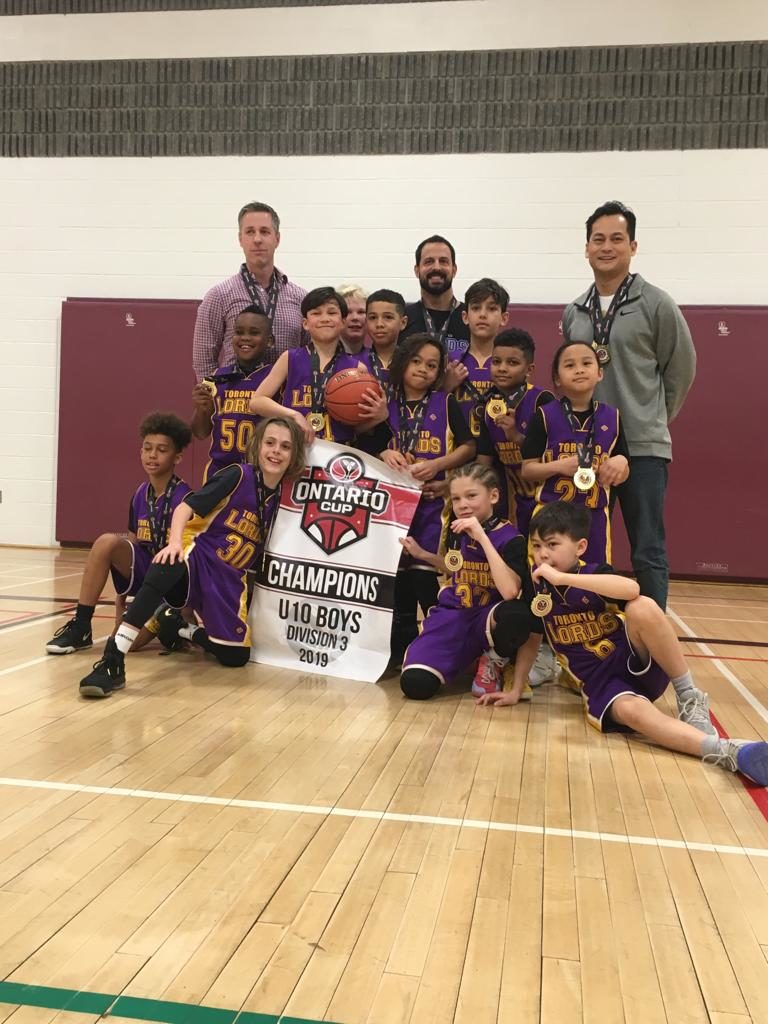 With the season ending provincial championships tournament schedule out, the players were excited to be travelling to London, Ontario to compete for Provincial Gold. Feeling confident and ready to play from all their hours in the gym and working on their games, the boys came prepared.
Over the first two days of round-robin play, the boys hard work paid off, as they went 3-0, beating York South, Ottawa and Blessed Sacrament in some hard fought games. Their undefeated record placed them in the Gold Medal game to be played against the Halton – Gordon team in the Sunday Championship Game.
The boys came out with great poise and discipline, and entering the final shift of the game held a 2 point lead. From there, they showed their calm, holding on and winning by 4 (42-38) to claim Provincial Gold! Jaxen Escano was the star of the gold medal game, showing his vast improvement as a floor leader, dictating pace while also scoring 20 points.
Amazing work by the team to improve their ranking by over 75 spots, and cap it with a 10 game winning streak and a Gold Medal!